It has been a while to say the least since we have sent out an email blast.  Today, just before the Passover holiday begins, celebrating the Exodus from Egypt and the return to the Land, over 3000 years ago, seemed like a good time to resume operations.  We haven’t been holidaying during the pandemic but thinking a lot and setting our sights on the new challenges that have come out of the super-Woke community, allied with Islamists and anti-Zionists, as well as anti-Democratic forces and anti-Free Speech forces in both Canada and the USA.

As Passover and Easter are at the door, we want to bring your attention to a Webinar that will follow the holidays on Sunday, April 24th, to introduce those who aren’t familiar with it to the San Remo Resolution.  At the post-WW1 San Remo Conference in 1920, it was here that the world finally and clearly recognized, under International Law, the indigeneity of the Jewish people to the Land of Israel and their right to settle it from the river to the sea (ironically and even beyond, in all of Palestine and that included present-day Jordan)!  No, there were no “Palestinians” mentioned per se at that time, because there were no Arabs who identified themselves as such.  Most had not even immigrated by then to Palestine and those who did adhered to their clan system.  And that is the crux of the conflict that we are dealing with today!

So come and join us and Canadians for Israel’s Legal Rights (CILR) for an exciting webinar on Zoom with two outstanding speakers, Adv. Yifa Sigal and Prof. Dr. Mordecai (Moti) Kedar, who will shed light about what happened at the conference in 1920 and how critically important it is to the discussion about Eretz Yisrael and its future.

In the meantime, Happy Easter and Chag Pesach Sameach! And to those who are fasting for Ramadan, have an easy fast. Hope to see you at the Webinar! 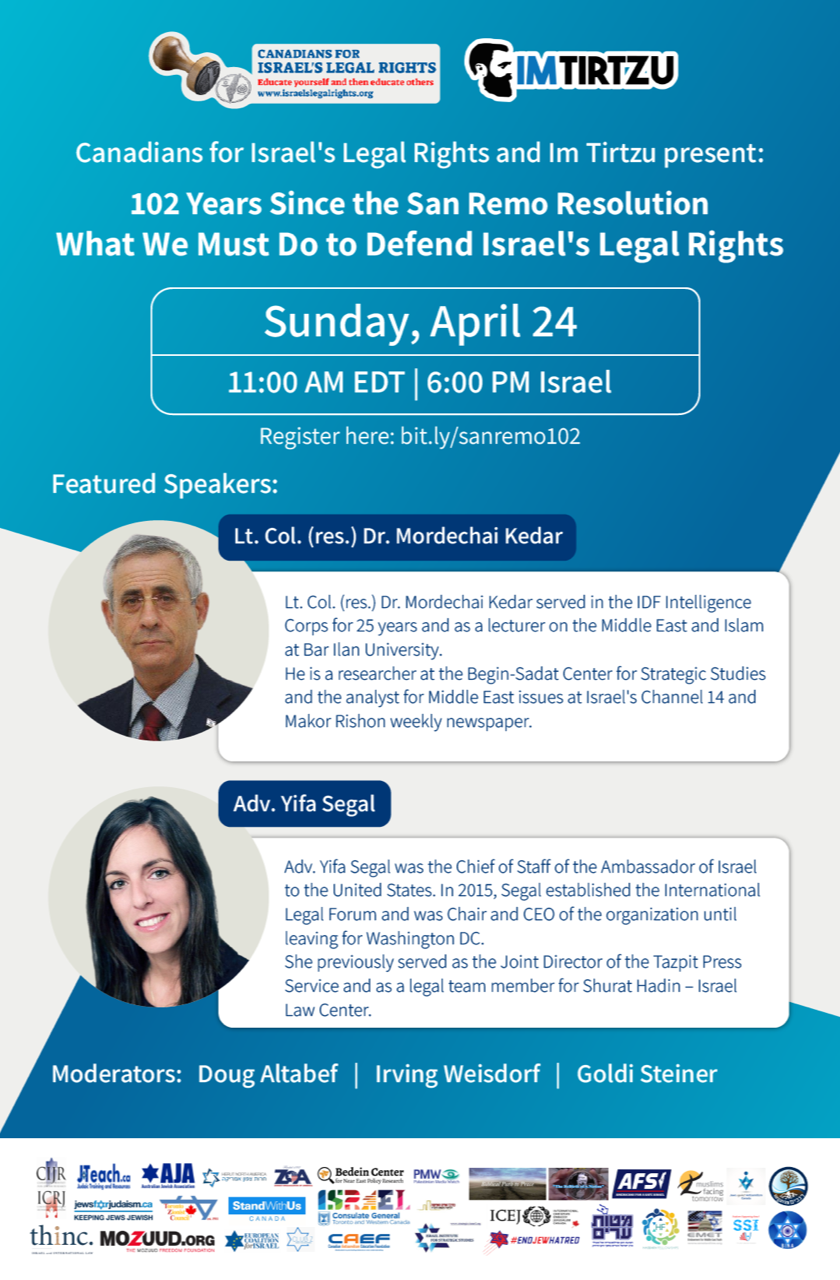