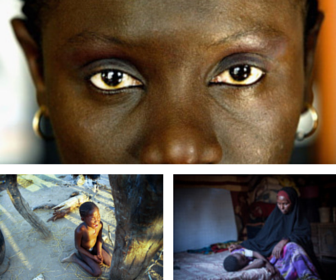 More than one hundred thousand female immigrants to Canada have experienced the pain and medical threat that comes from female genital mutilation, visited upon them overseas before they became Canadians. This causes enormous medical and psychological damage. Without the necessary medical and social interventions, mothers who have experienced FGM may not oppose it happening to their daughters. This cannot stand!

Every day across the Middle East, Asia and Africa thousands of young girls are sexually mutilated. The perpetrators of this outrage are often their own mothers, aunts and neighbours. The World Health Organization points out that female genital mutilation (FGM) comprises procedures that intentionally alter, or cause injury to the female genital organs, for traditional, non-medical reasons. The procedure has no health benefits for girls and women. Procedures can cause severe bleeding and problems urinating, and later, cysts, infections, infertility as well as complications in childbirth and increased risk of newborn deaths. These procedures are mostly carried out on young girls between infancy and age 15, before they are legally adults. More than three million girls have been estimated to be at risk for FGM annually.

"I feel that God made my body perfect the way I was born. Then man robbed me, took away my power, and left me a cripple. My womanhood was stolen. If God had wanted those body parts missing, why did he create them? I just pray that one day no woman will have to experience this pain. It will become a thing of the past. People will say, "Did you hear, female genital mutilation has been outlawed in Somalia?" Then the next country, and the next, and so on, until the world is safe for all women. What a happy day that will be, and that's what I'm working toward... God willing, it will happen. "

Female Genital Mutilation, in any form, is a gross violation of the rights of girls and women. Stand with us. Put an end to FGM! Stop the genital assault.