Join us on Zoom for an in-depth and enlightening discussion on The Jordan Option – a proposal that Jordan can and should be viewed as an already existing Palestinian state.

Hear a panel of experts debate the merits and fairness of adopting Jordan as the Palestinian state, thus removing Hashemite control.

And hear about the progress that been made since the conference held in Jerusalem in 2017?

Has the Secretary General of the Jordan Opposition Coalition furthered the proposal locally and internationally?

JORDAN, PAST, PRESENT AND FUTURE
The Jordan Option Revisited 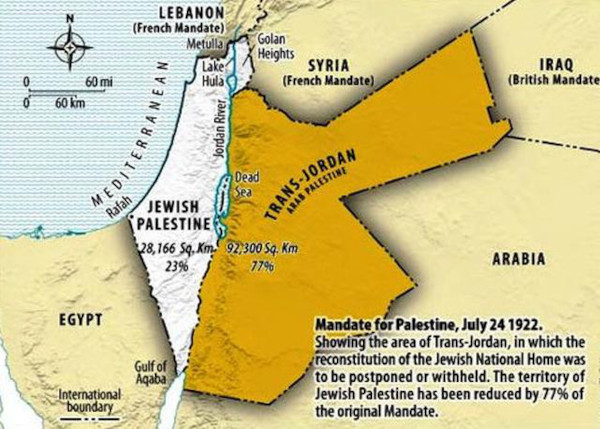 The Jordan Option has been touted for over 20 years but gained little traction. Essentially it embraces the idea that Jordan should be seen as the Palestinian state. The primary resistance to the idea came from the Hashemiteswho have controlled Jordan since it was created in 1922.

Mudar Zahran, Secretary General of the Jordan Opposition Coalition together with Ted Belman, Editor of Israpundit, held a conference at the Begin Centre in Jerusalem on Oct 17, 2017. It justified the rationale behind Jordan being the Palestinian State and called for the end of the Hashemite control of Jordan. Mudar Zahran announced he  was ready, willing and able to serve as President of Jordan.

Here we are, 5 years later – are we on the cusp of success? Register for the Conference and find out why.

Read more about the program here