Due to the 2,000 years of tragedy we experienced in the Diaspora that culminated in the Holocaust, as a nation, we are suffering from collective post-traumatic stress disorder.  Like battered women, we are scared to confront our oppressors head-on.

In the world of pro-Israel advocacy today, too many people are reluctant to go on the offensive and to respond properly to arguments put forward by anti-Israel activists.  Instead of explaining why Israel has a legal right to Judea and Samaria, pro-Israel advocates in America prefer to beat around the bush.  They speak out about the wonders of Israeli innovation, how Israel is helping poor people in Haiti and what a great mitzvah Israel did in rescuing Ethiopian Jewry.  They only care about spreading good news from Israel, not about responding professionally to arguments put forward by Israel’s adversaries.

And when they are confronted with questions asking why Israel doesn’t withdraw from Judea and Samaria, they say simply that we cannot do so for security reasons or point the finger at Syria, pondering why Israel’s detractors don’t speak out more about what is going on there.

Not too many people in the world of pro-Israel advocacy are willing to confront BDS activists head on and tell them that we are owners of the land under international law, not occupiers.  And for this reason, Israel’s public relations has been a dismal failure for we are simply not addressing the issues at hand. 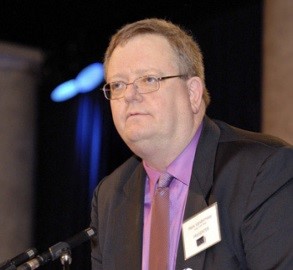 Nevertheless, even though this policy has been a failed strategy, not too many people in the field of pro-Israel advocacy today are considering changing course.  The question remains, why so?  Mark Vandermaas, who heads Israel Truth Week and is the official lecturer of Canadians for Israel’s Legal Rights, stated in an exclusive interview that too many pro-Israel activists behave like battered women in their advocacy approach.

There is something to that.  Due to the 2,000 years of tragic history that the Jewish people experienced in the Diaspora that culminated in the Holocaust, as a nation, we are suffering from collective post-traumatic stress disorder.  As a result, like battered women, we are scared to confront our oppressors head-on.  Dr. Nancy Kobrin wrote in Penetrating the Terrorist Psyche that all too often, in families where domestic abuse occurs, the victims come to identify with their oppressors: “This is what people don’t get about the terrorist next door.  They are so terrified that they come to identify with the aggressor.”

Similarly, Jewish pro-Israel advocates in America are afraid to confront BDS activists directly.  This is why more than one pro-Israel organization in America condemned Israeli Prime Minister Benjamin Netanyahu for not letting two BDS supporting congresswomen visit Israel.  It is easier psychologically for them to do that than to explain why Congresswoman Rishada Talib and Congresswoman Ilhan Omar are wrong about Israel’s presence in Judea and Samaria.

This is also why pro-Israel student groups on college campuses seldom respond directly to the arguments put forward by anti-Israel students in their events.  It is much easier for them to speak out about Ethiopian Jewish history or the wonders of Israeli innovation.  Like battered women, these Jewish American college students are too afraid to confront the bullies on their campuses.

However, fear is only fifty percent of the issue.   The other fifty percent is ignorance.  As Vandermaas noted, “Out of the over 650 mainly Zionists I have trained personally, only about 2-3% of them had actually read the magnificent words of Israel's modern land title deed the Mandate For Palestine before meeting me. If Jews and Zionists haven't read the document of international law setting out the ORIGINAL two state solution of 1922 that recognized Jews as owners of land on the west and east side of the Jordan River and the subsequent division of that land into Jewish/Arab portions under Article 25, how can we possibly expect the world at large to know that they are being lied to about Jews stealing land?  How can there be intelligent debate by anyone about a NEW solution, when even the most basic questions are not being asked by leaders on the pro-Israel side, let alone answered.”

“Every Jew I've ever met knows about the Balfour Declaration of 1917 yet virtually none of them realize that it was only enshrined into international law in the preamble of the Mandate for Palestine,” he noted.  “The magnificent words in the Preamble of the Mandate For Palestine go on to recognize the ancient Jewish ties to the land as justification for 'reconstituting' the Jewish 'national home.’   Think what that means! Jews weren't getting a home out of the goodness of the world's heart; they were being recognized by the world via the League of Nations as the rightful owners of Palestine, the name given by Roman Emperor Hadrian to the Jewish nation after the Bar Kochba Revolt in order to try to erase Jewish history.  They were not creating a home but 'reconstituting' the 'national home' that had already existed.”

And under Article 80 of the UN Charter, all League of Nations mandates are still legally valid.  This means that Israel still has a legal right to Judea and Samaria under international law today, even though the League of Nations no longer exists: “It is immoral that the world did not keep their promises to the Jewish people.  You have to come back at them with a moral argument.”

Thus, we must tell BDS supporters that six million Jews were murdered in the Holocaust because the British did not fulfill their international obligation as a mandatory power under the League of Nations to facilitate Jewish immigration for the establishment of a Jewish state.  Furthermore, over fifty percent of Israelis today are descended from Mizrahi Jews, who were forced to flee the Muslim world.  Just as the State of Israel absorbed Mizrahi Jewish refugees, the Arab countries have a moral obligation to absorb the Palestinian ones for the Arab countries are the ones who made it impossible for Jews to continue living in Syria, Iraq, Lebanon, Yemen, Egypt, Libya, etc.  For every Palestinian Arab refugee, there were even more Jews that were forced to flee Arab countries.

However, too many Jews in America are not taught these facts in Hebrew Schools and in regular American high schools.  They are also not being taught these important facts in American universities.  To the contrary, they are being given the false impression on American campuses that Israel is a white European colonial implant in the Middle East, even though the majority of Israelis are dark skinned Mizrahi Jews, who were forced to flee the Arab world.

This leaves American Jews without the proper background knowledge needed to be able to effectively advocate for Israel and to respond to the claims put forward by BDS activists head-on.

So, what is the antidote for this problem in pro-Israel advocacy?  According to Vandermaas, it is “truth before solutions.”  He was careful to point out that he does not speak about or endorse any solution; only that it must be arrived at after the world acknowledges the undeniable truth that in 1922, they internationally recognized the Jewish people as owners of all land west of the Jordan River and specifically authorized them to immigrate there in order to rebuild their 'national home,' as it is referred to in the Mandate's preamble.

He claims that we need to have a moratorium on solutions until we successfully get out the truth.  He argues that once we start to respond to our adversaries’ claims properly, within 10 years, Israel’s public relations situation would dramatically be transformed.  At that point, it would be easier to push forward a solution that is more in our favor.

However, in order to do that, we need to overcome our collective post-traumatic stress disorder.  We need to be survivors that speak out, not passive victims.  And only by doing that will we will obtain true liberation from our traumatic 2,000 year history in the Diaspora, as envisioned by the founding fathers and mothers of the State of Israel.