Save The Date: Commemoration of August 3rd Mount Sinjar Massacre 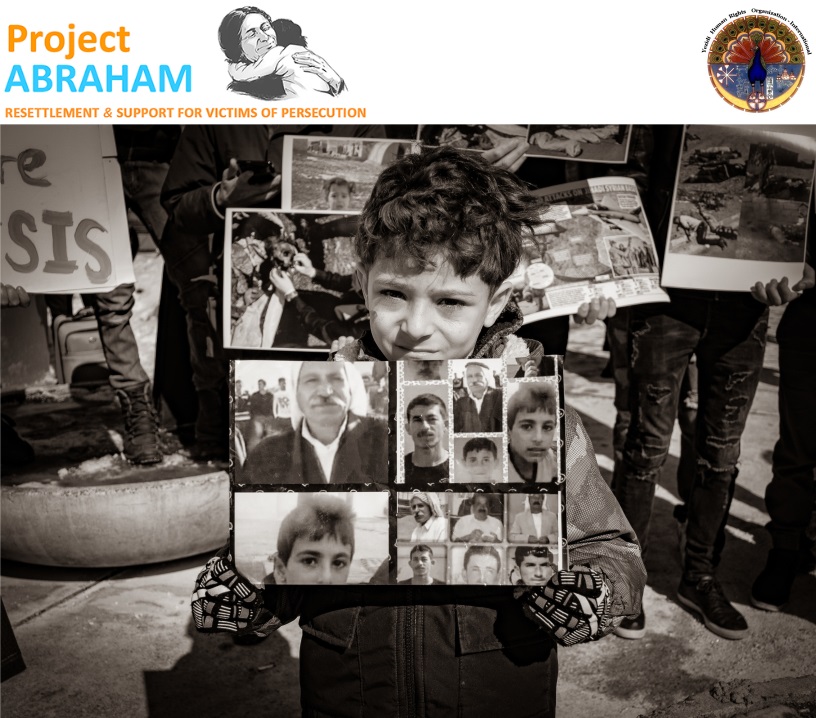 FIFTH ANNIVERSARY OF YEZIDI GENOCIDE TO BE REMEMBERED IN TORONTO

The mass murder of more than 10,000 Yezidi people by fighters of the Islamic State of Iraq and Syria (ISIS) will be remembered on Sunday, August 4th at Queen's Park. We invite you to stand with members of the Canadian Yezidi community in memory of those who died in the genocide at Mount Sinjar five years ago.

On the morning of August 3, 2014, ISIS fighters entered the Yezidi city of Sinjar, bent on total destruction.  In the days that followed approximately 10,000 Yezidis were executed in cold blood – shot, beheaded, burned alive. More than 7,000 Yezidi women and girls were taken by ISIS and forced into sex slavery.  Holy shrines were desecrated.

There is a word for what the Yezidis have endured.  It is genocide.

Five years later, the survivors of this genocide bear wounds that have not healed.

Mass executions, the abduction of sons and daughters, the torment of sexual slavery -- these memories are replayed through every waking moment and restless night.

As new mass graves are discovered, hopes are cruelly dashed that missing relatives will be found alive.

On August 4, 2019 the Yezidi community living in the Greater Toronto Area and London, Ontario will commemorate the Mount Sinjar Genocide at Queen's Park with the largest gather of Yezidis in Canada.  Among them will be survivors of the massacre and sexual slavery that followed.

Also, it is our honour to have as our keynote speaker Irwin Cotler, Chair of the Raoul Wallenberg Centre for Human Rights

The broader Canadian community can help the healing of these survivors by standing with them to mark the fifth anniversary of the genocide. A large and compassionate assembly on August 4th will show these men, women and children that they are not alone.

Please mark your calendar. More details will be provided closer to the date.